BRIDGE is keenly aware of South Africa’s literary crisis. According to data in the Progress in International Reading Literacy Study (PIRLS), South Africa placed last out of 50 countries which included nearly 320‚000 children globally. The survey also found that reading scores have not improved since 2011. As part of our efforts to redress the situation, the BRIDGE team has recently embarked on a journey with the developmental non-profit Help2Read by registering to become ‘Reading Helpers’ in its Volunteer Reading Help Programme.

END_OF_DOCUMENT_TOKEN_TO_BE_REPLACED “Book Marks” is a new series on the beings@bridge blog. This bi-monthly series highlights interesting and informative reads on themes that relate to the education sector, as submitted by the BRIDGE team. July’s read is Pedagogy of the Oppressed written by educator Paulo Freire.

“No pedagogy which is truly liberating can remain distant from the oppressed by treating them as unfortunates and by presenting for their emulation models from among the oppressors. The oppressed must be their own example in the struggle for their redemption.”

― Paulo Freire, Pedagogy of the Oppressed

Pedagogy of the Oppressed was first published in Portuguese in 1968, and was translated by Myra Ramos into English and published in 1970. The book is considered one of the foundational texts of critical pedagogy. 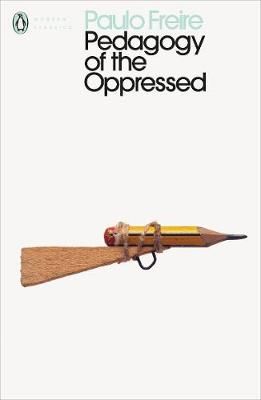 Dedicated to the oppressed and based on his own experience helping Brazilian adults to read and write, Freire includes a detailed Marxist class analysis in his exploration of the relationship between the colonizer and the colonized.

In the book Freire calls traditional pedagogy the “banking model of education” because it treats the student as an empty vessel to be filled with knowledge, like a piggy bank. However, he argues for pedagogy to treat the learner as a co-creator of knowledge.

To read the free PDF version of Pedagogy of the Oppressed, click here